At the heart of the AC2000 system is the Central Database Computer (CDC Server), which is based on a client-server system architecture design. The AC2000 CDC server serves each of the connected client workstations and processes and stores all the alarms and transactions that occur on the system. The RTC software provides Ethernet reader controller software which is used by CEM readers and devices to communicate with the CDC. It has its own subset of the CDC server database which it uses to communicate to the readers. 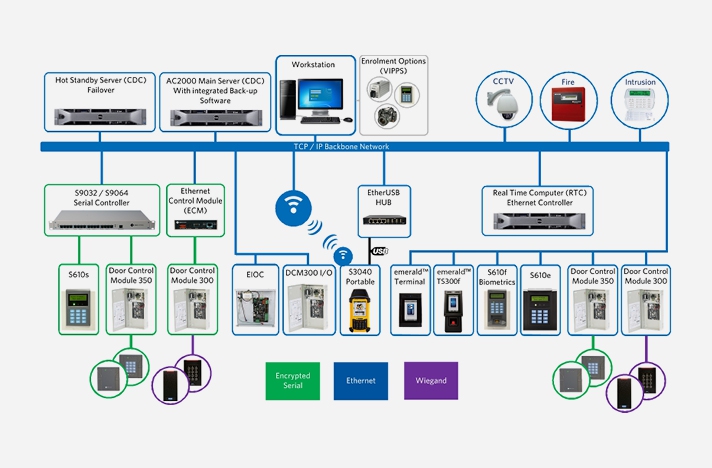