This integration tool provides a standardized and convenient way to interface an external system into AC2000.  This eradicates the need to design and develop custom interfaces, where changes would typically have been made to both systems. Third party developers can use the API to produce their own interface to the AC2000 systems.

The AC2000 API provides a unique set of code and instructions, which allow developers to utilise subcomponents of the AC2000 system.

Functions implemented in the API allow customers to maintain Personnel, Vehicles and Visitor records from the third party system, with the ability to issue remote access control door commands and alarm based actions. 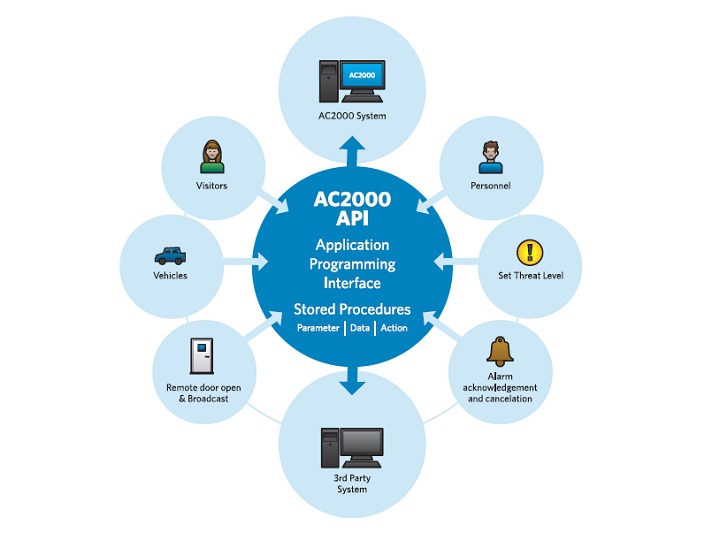